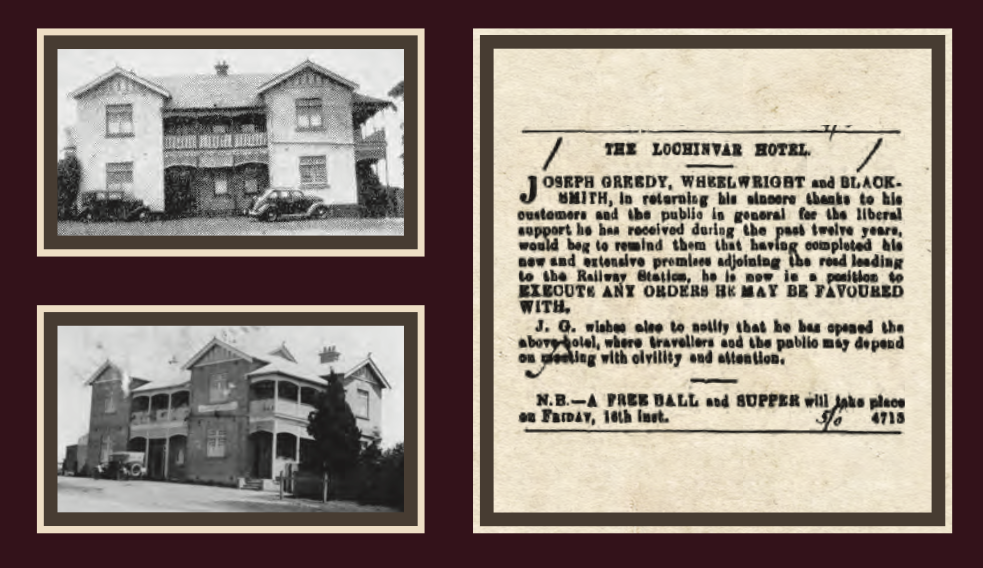 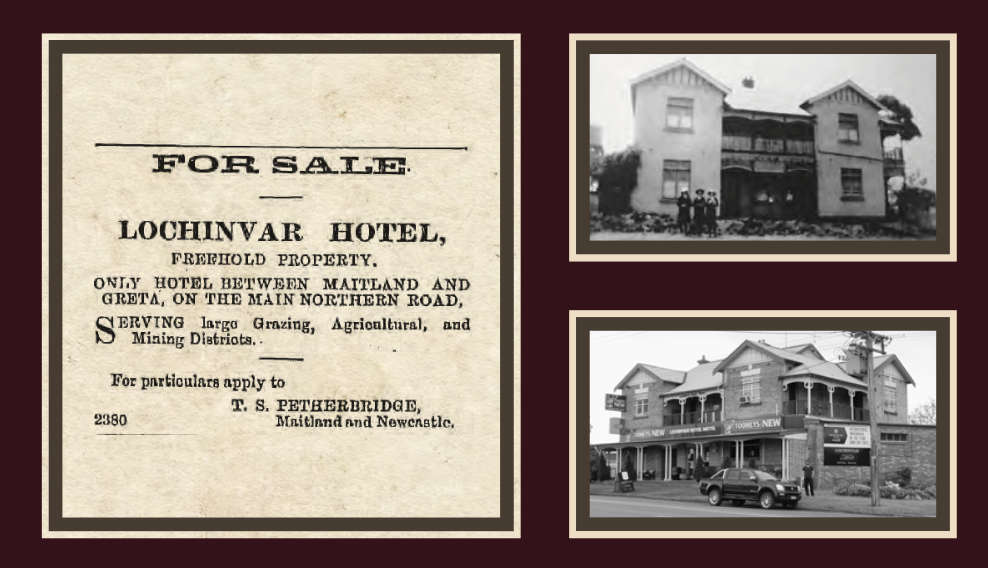 Joseph and Elizabeth Greedy married on the 10th of April 1851. Shortly after, on the 19th of April they sailed for Australia from Plymouth, England on board the ‘Sarah’.

Arriving in Port Jackson (Sydney), NSW on the 14th of August, 1851. They were the first of the Greedy Family to settle in Australia, but before the end of the decade they had been joined by the rest of Joseph’s family including his parents John and Mary.
By 1856 they had moved to Lochinvar, NSW where Joseph established a Wheelwright / Blacksmith shop.

Joseph built the first ‘Red Lion’ hotel on the eastern side of the Lochinvar creek. It was a long low wooden building right on the roadside. When floodwaters came into the hotel in 1863, he built a new ‘Red Lion’ hotel in the centre of the village in front of his blacksmith shop (now the site of the present Lochinvar Hotel) and the St Joseph Nuns leased the old hotel near the creek (presumably this is the site of the present

day convent).
Around 1868, the hotel was renamed to ‘The Lochinvar Hotel’.

His wife Elizabeth is listed as licensee from 1875 until approximately 1881.

Joseph and Elizabeth are buried together in the Church of England Cemetery at Lochinvar.

Records are thin on the hotel’s history from 1881 until 1893 when a tender was placed in the ‘The Maitland Mercury’ for ‘Additions, Alterations & Repairs to the Lochinvar Hotel’. The hotel then continued to switch hands between 1893 & 1911. 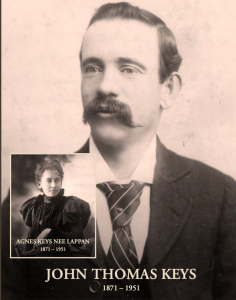 John Bernard Keys, formally a convict transported from Belfast (in what is now Northern Ireland), arrived in the Maitland area in 1843 after being granted a ‘Ticket of Leave’. He was issued an absolute pardon in 1848, serving a total of 16 years in Australia as a convict.

John Bernard Keys is shown as the licensee for the ‘Cross Keys Hotel’ in 1851 until 1852 and by 1854, he was selling land in Lochinvar — so it would appear he was eager to make up for lost time and leave the past behind.

He continued to prosper in the Lochinvar area, being the licensee for numerous hotels and owning further land and property.

John passed away in 1876 and is buried in the Lochinvar Catholic Cemetery.

Charles continued the Keys influence in Lochinvar as an esteemed businessman, employer and member of the community. He also continued the large family tradition by having eight children of his own with his wife Catherine nee Bourke; John, Mary, Clare, Charles, Vaughan, Catherine, Elizabeth and Joseph.

In May 1911, the existing hotel was purchased by John (Jack) Thomas Keys, grandson of John Bernard Keys and son of Charles Keys & Catherine Bourke.

Jack had been running a successful Butchery in Tamworth and his wife Agnes had previously been the youngest postmistress in NSW, stationed at the Cessnock Post Office. Together, they stayed in Lochinvar for a number of years — with two of their seven children becoming sisters at the nearby St Joseph’s Convent.

By 1913, Jack had completely rebuilt the hotel. The old wooden structure had now been replaced with a modern, well regarded building.